Senior Adviser for International Relations – The University of Oslo, Faculty of Humanities, 2000-2021 (retired)

Elected positions at the University of Oslo:

Employee representative of the Employment board for administrative positions, 2001-2020

Member of the Employment board for academic positions 2001-2010

* Member of Ministry of Education expert group (the Brautaset-group) tasked with developing a national policy of admission and recognition of international education in Norway, March 2006 – January 2007

* Member of the project group who developed the national recognition database (NAG), 2001-2002

* Member of «the Nyborg-group», appointed by the Ministry of Church and Education, developing a policy for financing studies abroad for Norwegian students abroad (basis for White Paper 19, 1996-97)

* The Nordic Association of University Administrators (NUAS) under the Nordic Council of Ministers:

* Norwegian representative in the NARIC-network, under the European Commission, DG XXII, 1993 – 99

* Vice President of the Committee for the Convention on the Recognition of Qualifications concerning Higher Education in the European Region (European Treaty Series – No. 165, Lisbon Convention) by the Council of Europe/UNESCO (ENIC-network), 1999-2001

* Member of the ACE board (Admission and Credential Evaluation), European Association of International Education (EAIE), 1996 – 1999 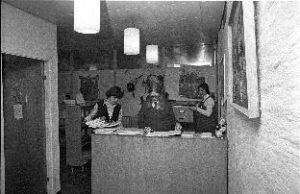 Kaja Schiøtz on the far right in Fall 1977, pregnant with her first son, working in the Office for Foreign Students. 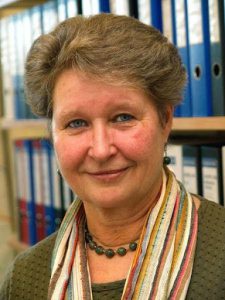 Kaja Schiøtz speaking out on an unaccredited US institution in Norway in the University of Oslo student newspaper Universitas (Jan. 23, 2008 https://universitas.no/sak/50163/lanekassekluss-i-moss/) 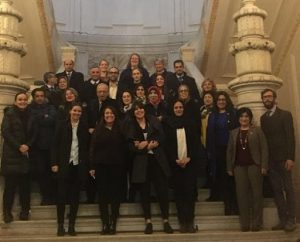 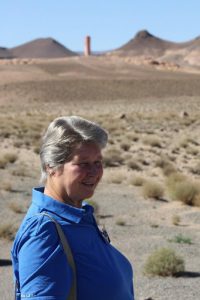 Kaja Schiøtz indulging in her passion for travel, visiting the Atlas Mountains of Morocco, 2013.

In all, Kaja has visited well over 100 countries, including Bhutan, Syria (before the civil war), Iran, Zimbabwe, Tanzania, Ethiopia, Myanmar, Kyrgyzstan, Georgia, Bolivia and Ecuador w/Galapagos Islands. Kaja has visited both the beginning and the end of the Pan-American Highway, from Fairbanks, Alaska, to Ushuaia, Argentina. 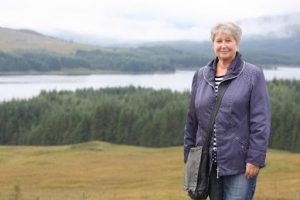 Visiting the Scottish highlands after the 2015 EAIE Glasgow Conference. 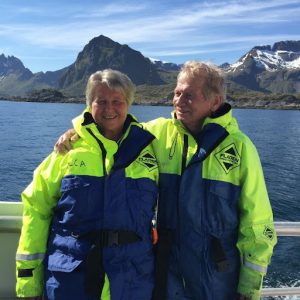 Fishing in the Lofoten Islands, Norway, 2016